Looking for Best Free iPhone Antivirus App in 2021? Let’s discuss the ultimate features of the free Android Antivirus as well as the product offering  We live in a dynamic moment in terms of technology. Even criminals have gotten more tech-savvy and are using innovative methods to steal your sensitive data, personal identity, or credit card details, or simply infect your device with malware that renders it unusable.

iPhone users may be less exposed to these threats than PC users, but they are not completely immune to these threats. Given the number of sensitive operations now running on our iPhones, taking the necessary precautions in the form of a good antivirus is a wise strategy.

It is no more a fact that Apple banned developers from publishing apps that claim to scan iPhone devices of their users for malware. iPhone IOS is referred to as sandboxed, meaning data from other apps cannot be accessed by iPhone IOS.

Whenever people say Antivirus for iOS, they usually refer to “Cybersecurity protection” which describes apps that are protecting iPhones and iPads against a wide range of dangerous threats which includes:

In conclusion, iPhone and iOS Antivirus apps don’t really detect viruses, but iOS and iPhone viruses will still try to hack your passwords and steal your personal identity. This is why it’s important to have an antivirus to protect against all of these other cybersecurity threats.

A test was conducted on all the free iOS antivirus apps in the App Store, though it wasn’t easy the outcome has proven to us that there are hundreds of fake security apps out there which are only designed to steal internet users personal information such as login details, and credit card numbers, etc.

This article will discuss the top 5 apps that are the safest, the most secure, and offer free internet security features for iOS in 2021.

Note: It is important to keep in mind that none of these free apps will guarantee you 100% protection than the way a Paid iOS antivirus apps will. If you’re looking for advanced antivirus protection for your iPhone, and iOS then you should understand that your data and your privacy are worth more than 2-3 dollars per month.

These Free iOS Antivirus Apps are selected based on the following features:

Here are the features you should expect from an iPhone antivirus app before it can earn a place as one of the best mobile apps:

Here is the top listed Antivirus app based on best features:

This is the best Antivirus app available for free and it is due to the availability of extra features the company offers its users. 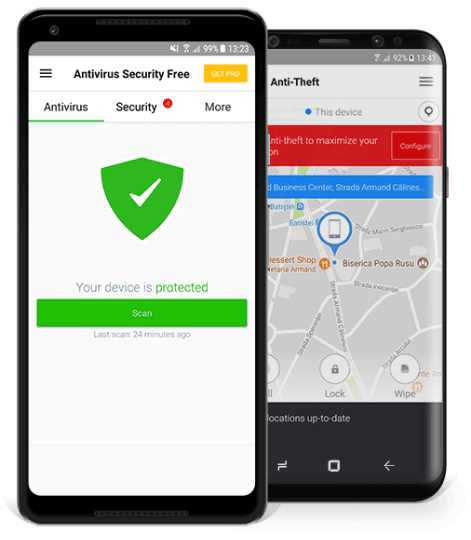 Avira Mobile Security edges their competitors by offering extra features for both iPhone or iPad, each one of those features is helpful, and adds a necessary layer of protection to all iOS devices.

Internet users that usually do shopping and banking all the time from their phone, shouldn’t be worried about been tricked into entering my credit card info on a fake phishing website designed to steal my info. As a user of Avira, opening several known phishing websites with Safari, and Avira Mobile Security’s Web Protection feature prevented me from visiting all of these fake sites.

Avira’s free iPhone app allows its subscribers easy access to an online dashboard which is Avira Connect. This feature allows users to find their phone if it gets lost or stolen, you can log into Avira Connect from another device to use Avira’s anti-theft tools.

This feature I have tested through my PC to find my iPhone.

It’s also worth checking out a couple of Avira’s other free iPhone cybersecurity apps which includes:

the most sophisticated antivirus app on iPhone is Avira Mobile Security and this is because of its range of features. The anti-phishing technology on the Avira app is very impressive.

This is regarded as one of the best apps available because of its theft Protection. 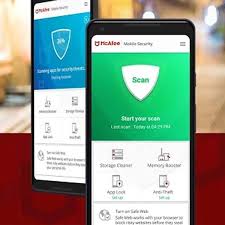 McAfee is a popular name in the internet security industry, and the mobile app has the same featured similar to their premium desktop antivirus, McAfee’s free iOS app is a very high-quality mobile app compared to its competitors.

the Remote Alarm features were tested with an iPhone on “silent” mode, and it made an incredibly loud noise.

The find my location feature will show you the current location of your iPhone on a map. These two things are nice to have even though they are already installed features on Apple’s default Find My iOS app.

McAfee’s CaptureCam feature will take a photo of anyone trying to intrude on your privacy by using the iPad’s front camera. This image via the McAfee app is then sent to an email of the picture along with the last known location of the device.

The Media Vault feature provides extra protection to photos and videos on your device. Media Vault encrypts your device’s media and secures it with a PIN password.

McAfee Mobile Security offers a Backup, Wipe, and Restore process to make sure that your contact list remains private: 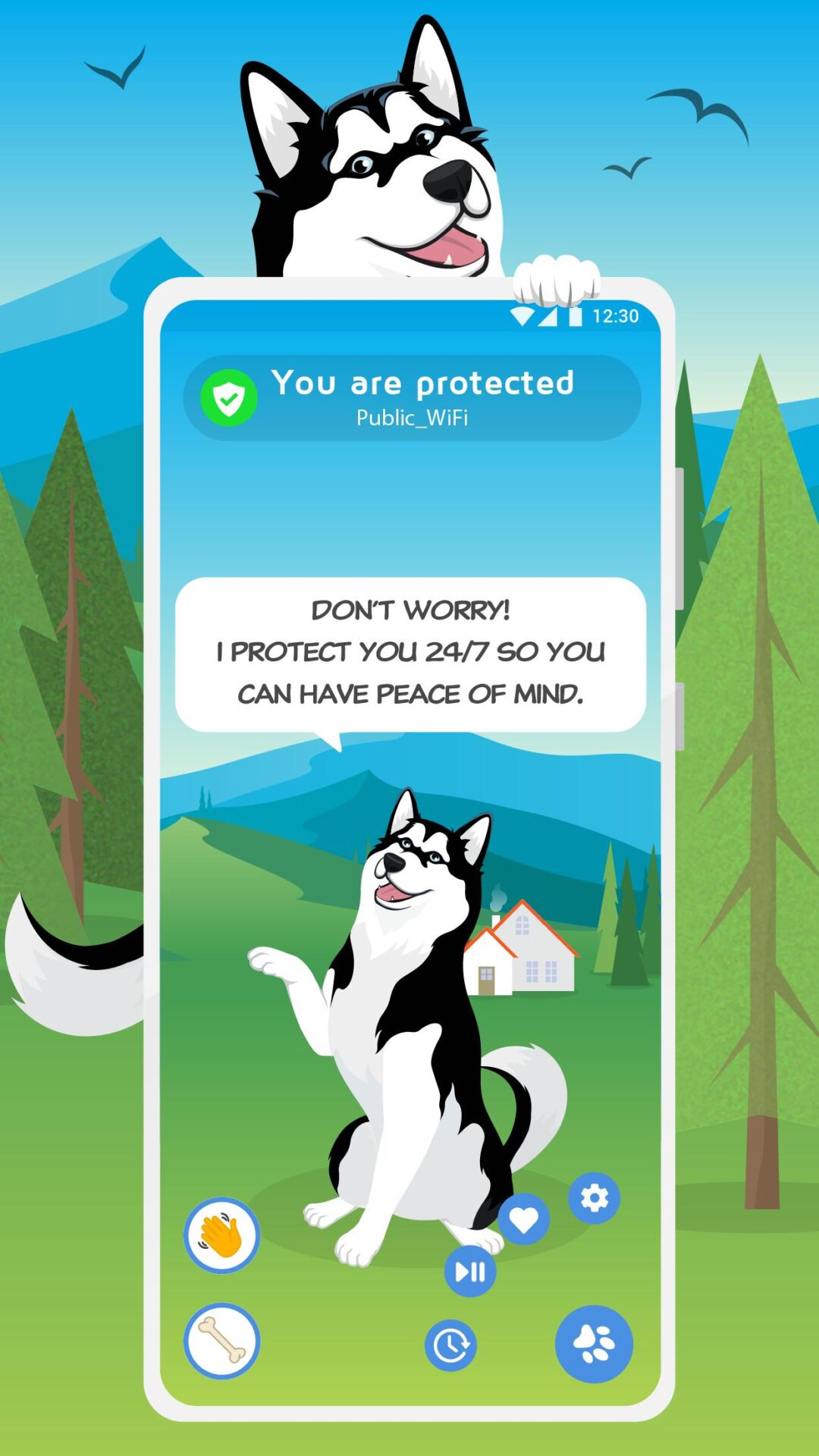 Every day we transmit personal, financial, and most important sensitive information through our iPhone. Phone Guardian focuses on protecting the outbound network traffic through the data leaving from my device.

Phone Guardian uses a Virtual Private Network (VPN) to ensure the iPhone is always connected to a secure network. The VPN also encrypts the data leaving the phone and reroutes my network traffic through a different, secure server.

The bad news is Phone Guardian also use such data to make money by doing something related by Collecting data about app usage from its users and selling it to different companies for their market research purposes. Privacy-conscious users should be aware of this, even though the data that Phone Guardian collects is anonymized, so it won’t be sold to advertisers.

This company’s cybersecurity offers the best to find my iPhone features to its users. Lookout Personal for iOS offers a better interface than the in-builds of Apple’s default Find My Phone app. 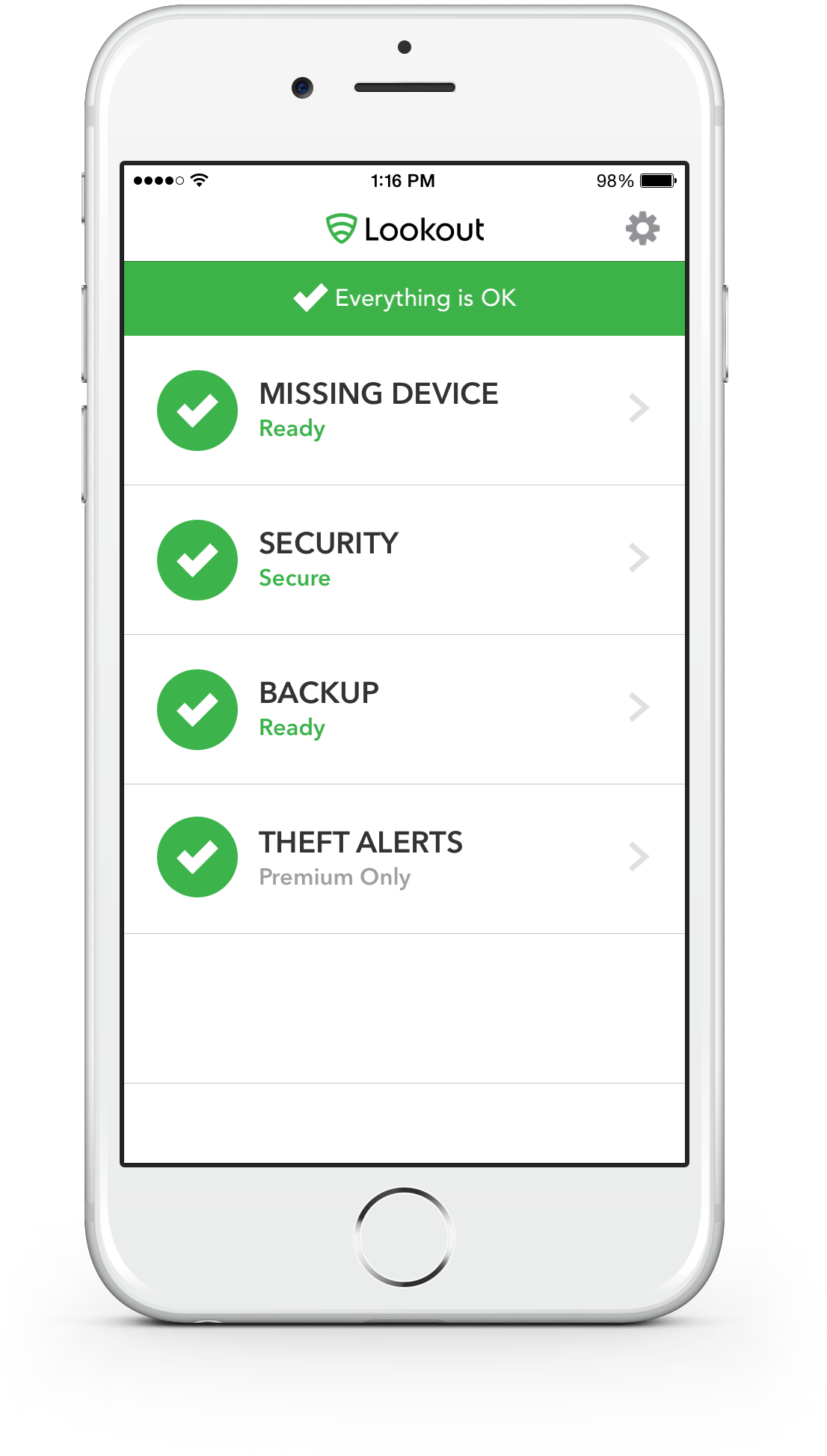 It is used for phone-locating features that I tested the Locate feature by putting it in my friend’s car and having him drive really fast. I followed the phone’s exact location as I talked with him on the phone, and the map was 100% accurate. Then I tested the Scream feature (which I told him I would do), and it was so loud that it startled him!

Lookout Lost Message feature will send out a short message on the lock screen with contact details of the users with the details of how you are looking for your phone when missing.

The feature is so cool that even if the battery of the phone dies before you get a chance? It sent me an email telling me my phone’s last-known location.

Another cool feature available is the theft alerts which are designed to detect any suspicious activities on your device.

Note: You can choose which activities will trigger Theft Alerts, after all, you might not want to receive a Theft Alert every time you turn your phone off.

This cybersecurity app offers the best virtual security network. Kaspersky for iOS is a pretty new offering in recent years, Kaspersky initially stated was that the company does not have plans of making antivirus for Apple devices due to the iOS’s internal sandboxing which makes antivirus software redundant. 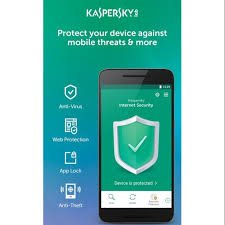 With the Recent development, Kaspersky developed mobile security for IOS which explains that antivirus is still much needed by IOS users. Because it is important to keep your information private when you’re browsing online.

The included VPN only provides 300 MB of daily data. But they have a no-logs policy, which means that even Kaspersky isn’t tracking your browsing history.

Can iPhones get viruses?

As uncommon as it may seem, the iPhone can be attacked by viruses.

Although iPhones are generally safe, if jailbroken, they can become vulnerable to viruses.

Jailbreaking an iPhone is similar to unlocking it – but it’s less legitimate. The point here is to gain root privileges that circumvent security restrictions. That normally limits the operation of the software on the device. Apple is having issues with jailbreaking and is trying to fix vulnerabilities in iPhones that make it possible.

The background practice of jailbreaking iPhones gives users more control over the operating system. For example, the ability to customize the appearance of the system. Remove preinstalled apps, and download apps from locations other than the App Store.

You can read more about the iPhone and other tech stuff here.

How to remove a virus from your iPhone.

If your iPhone is infected, here is how you can manually remove viruses from your iPhone:

Remove any apps that you don’t recognize or that you downloaded when the problem started.

Try older backup versions until you find one that doesn’t have the problem and doesn’t contain malware.

If all else fails, factory reset your phone and make sure to back up the files first. To do this, go to “Settings”> “General”> “Reset”> “Erase All Content and Settings”.

Does an iPhone need antivirus?

If you wanna get your iPhone safe you need to choose and install the iPhone antivirus.

Can an iPhone get a virus from a website?

What happens if your iPhone has a virus?

In the easy case, your iPhone will be lagged. In a bad case, your bank account can be hacked. Hackers can steal your money.

How can I check for viruses on my iPhone?

You need to install an iPhone antivirus. Then open the application and choose the option “scan for viruses”. After the survey you can see do you have viruses or not.

Why do I get virus warnings on my iPhone?

If you get virus warnings on your iPhone probably you have to get viruses. For check, it needs to open the iPhone antivirus and check it.

Will resetting iPhone get rid of the virus?

Short answer – no. You have only one way. Need to scan your phone for viruses. iPhone antivirus can help you with this problem,

What is the best antivirus for an iPhone?

This is don’t exist. Every iPhone antivirus is good in its own way. We do not advertise it. You need to choose it yourself.